On February 2, 1971, the Convention on Wetlands of International Importance was signed in the Iranian city of Ramsar. We collected interesting facts about such wetlands.

The largest bog in Russia and Europe

The largest bog in Russia and Europe is Vasyuganskoye. It occupies 53 thousand square km between the major Siberian rivers – Irtysh and Ob and is located on the territory of three regions – Tomsk, Novosibirsk, and Omsk. Vasyuganskoye bog was formed about 10 thousand years ago. The process of swamping the territory continues and, probably, the area will soon become the largest in the world. Meanwhile, the biggest bog on the planet is Pantanal in the center of South America, the total area of which is 150 thousand sq. km.

Bogs are reservoirs of clean water

Wetlands are reservoirs of clean water. Contrary to popular belief, water in bogs is not stagnant: while in lakes water is completely renewed on average in 17 years, in bogs – in five years. Swamp moss (sphagnum) is an excellent antiseptic, it prevents the development of even those bacteria that can exist without oxygen. In addition, peat in the thickness of the bog binds harmful substances into insoluble compounds, so the bog system is a natural filter of fresh water. Today, swamps all over the world contain 11,500 km³ of freshwater – five times more than all the world’s rivers.

Small bubbles constantly appear on the surface of the swamp. This is the bog gas that comes out and accumulates under the silt. It is formed as a result of the decay of plants that do not have access to oxygen at the bottom of the bog. The marsh gas consists mostly of methane. The formation of methane is continuous and its presence can be proved by touching the marsh mud with a stick – gas bubbles immediately float to the water surface.

Wetlands can burn because of an underground flame

Peat in wetlands is a flammable material. When air replaces water in its strata, the peat layer after a while has the ability to burn throughout its entire depth. The depth can be two, 10 or even 20 meters. Therefore, it is useless to douse the flames from above – the water only stops the fire at the surface, while the peat continues to smolder at the depths, burning up huge holes. Only nature itself can extinguish the underground fire, when after the prolonged rains the water table rises and the bogs fill with moisture again. 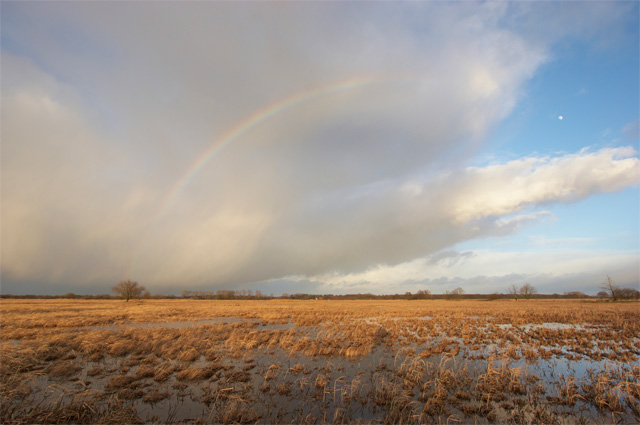 Wetlands keep water in balance. By storing water, they prevent floods and save money on building expensive dams and reservoirs. Unlike mineral soils, peat deposits have greater water capacity and water-holding capacity.

Rivers disappear after bogs are drained

Draining bogs disrupts the feeding of small rivers flowing out of the bog. Many rivers have disappeared as a result of the mass drainage of bogs. One of the properties of shakes is to collect rainwater and meltwater. Spending it gradually during the dry season, bogs prevent the rivers flowing through them from becoming shallow, and they also feed streams through groundwater. 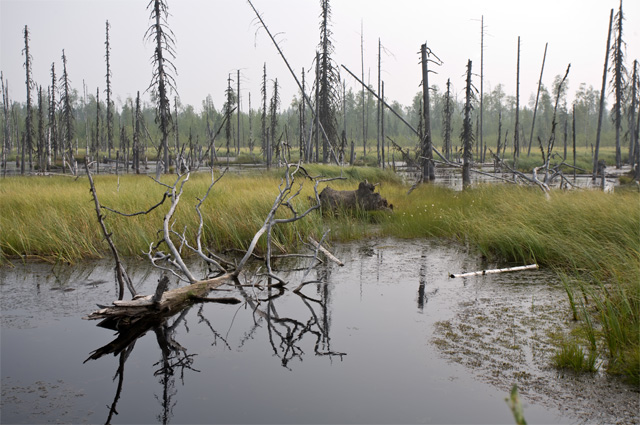 The myth of fertile land

In the early 20th century, marshes were considered completely unnecessary, and if possible, they were sought to drain them in order to use the freed land for arable land, pastures and hayfields. However, it soon became clear that drained marshes are absolutely useless for agriculture without long-term cultivation and application of large quantities of mineral fertilizers.

Wetlands are a great preservative

The swamp environment inhibits the growth of bacteria, so that bodies of organic origin sunk in the swamp do not deteriorate. Over hundreds of millions of years, layers of peat have preserved various outlandish animals and plants. Without the bogs, people would hardly know that magnolias and palm trees once grew in Greenland and on Spitsbergen a long time ago. Over the past 300 years, well-preserved human bodies have been discovered in the abandoned peat bogs of Britain, Ireland. Most of these mummies date from the 1st century BC to the 4th century AD.

Thanks to the marshes, the only relic of the Ice Age has survived on earth to this day: the plant Pinguicula vulgaris. It grows in the Northern Hemisphere in the tundra and forest zones on wet stony slopes and marshes. In Russia it is found in Western Siberia, Kamchatka and the Kuril Islands.

Leaves of oleoresin prevent rotting, so the plant is widely used to make bactericidal agents that stop the growth of harmful microflora. Shepherds have long applied it to cattle wounds to prevent infections.